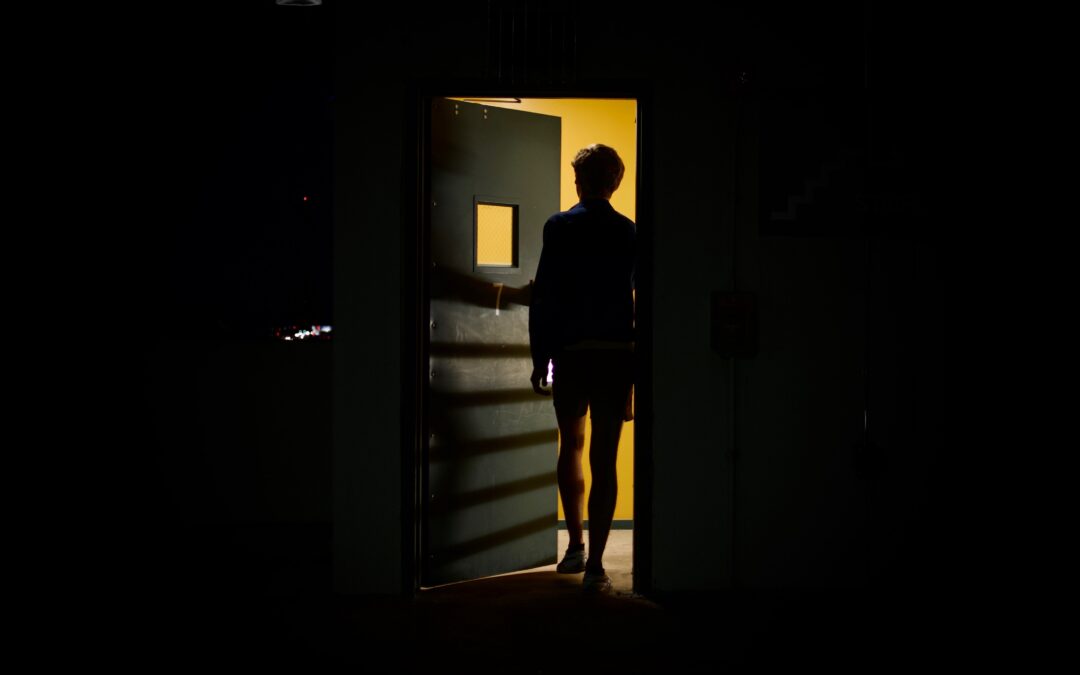 Have you heard of this interesting phenomenon? It’s called the doorway effect*. You’ve probably experienced it.

It’s when you go into a different room and forget why you went in. Parts of your brain are always alert to danger so the first thing your working memory does when you enter a new space, is drop what it knows in case it needs to worry about something new.

The beginning of a new chapter

Chapters are a bit like that. Your readers, to a certain extent, start anew each time they encounter a new scene or a new chapter, especially when the settings are completely new or you are writing through multiple characters’ perspectives. Your readers start by looking around, having forgotten why they’ve entered the room. If you don’t give them enough contextual clues about what is happening, they get confused and lose their enthusiasm to keep reading.

Tips on how to begin a new chapter

1) Where: Tell your readers where they are. Let them look around and find a clue; describe an object for them. “The shower was dripping as if someone had used it just moments before.”
2) When: Make sure your reader knows your when. Don’t rely on writing the date above your new chapter or scene; remember that headings are thresholds. Once your reader has passed it, they drop the information from their working memory. Include your when in your first paragraph. “The next morning, Rebecca opened her eyes and…”
3) What: Remind the reader what is going on with the story. “Getting to the station in time was the easy part.”
4) Who: Make sure to remind your readers right at the beginning of the new chapter through whose eyes they are reading the story. Sometimes it’s tempting to have a long introduction in which the focus is not on one particular character. This can be confusing because the reader has to be on standby until they know whose point of view (or character goggles) to take. This is especially true for novels in which perspectives switch between different main characters.

Your chapter beginnings don’t have to be complicated or overlong.
See how many where, when, what, and who you can find in the following beginnings.
“Last night I dreamed I went to Manderley again. It seemed to me I stood by the iron gate leading to the drive, and for a while I could not enter, for the way was barred to me. There was a padlock and a chain upon the gate.” Rebecca by Daphne du Maurier
“As Gregor Samsa awoke one morning from uneasy dreams, he found himself transformed in his bed into a gigantic insect.” Metamorphosis by Franz Kafka
“The story so far: in the beginning, the universe was created. This has made a lot of people very angry and been widely regarded as a bad move.” The Restaurant at the End of the Universe by Douglas Adams
“Ships at a distance have every man’s wish on board.” Their Eyes Were Watching God by Zora Neale Hurston

Lead your reader through the doorway

Make the move from one chapter to the next (the doorway) easy for the reader by using a where, when, what, or who right at the start. That way, they won’t feel lost when entering the new chapter!

Do you often experience the doorway effect? What cues do you use to remind you what you were going to do?

* You can read a Wikipedia article about the doorway effect here: https://en.wikipedia.org/wiki/Doorway_effect
Written by Joanna—Book Helpline
Photo by Milo Bauman on Unsplash